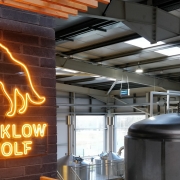 Neon lighting has been a phenomenon since the early 1900’s when the French Engineer Georges Claude first unveiled his invention at the Paris Motor Show in 1910. From then on it has become widespread across the world as a form of signage synonymous with vintage culture. Since then, the adoption of LED lighting has become popular due to the benefits of reduced energy consumption and easier manufacturing when compared to traditional neon tubing.

Traditional neon tube lighting requires a high skill of glass manufacturing as well a knowledge of Neon gas or similar. This is of course where the name comes from as well as the glowing colours that it produces. These processes require a longer amount of time and greater effort compared to LED lighting. LED NEON FLEX is a slim and flexible alternative to neon tube lighting. Neon Flex has a slim and flexible PCB system allowing it to be formed into a range of different shapes to a maximum bendable angle of 150 degrees. It also requires no heating process when being used for signage like traditional tubing would.

While requiring less effort to make and use, LED NEON FLEX can also save end users money too. According to hunker.com, the difference could be between 10-15 kilowatt hours of electricity saved per year, when going with the LED neon alternative over traditional neon tubing. In Ireland, that is roughly a saving of €300 per year by switching to LED (Price Compared 02/21).

When looking for the right LED product, look no further than LED NEON FLEX. Available in 5m rolls and a range of colours; boasting high quality, perfect brightness and energy efficiency, it is the only choice when it comes to LED neon signage. To learn more about this product please click the link below or email [email protected]. 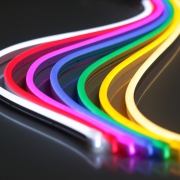 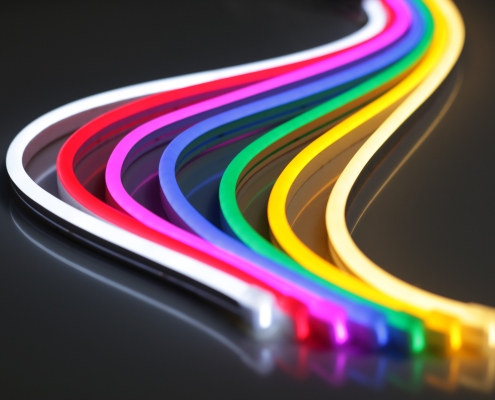